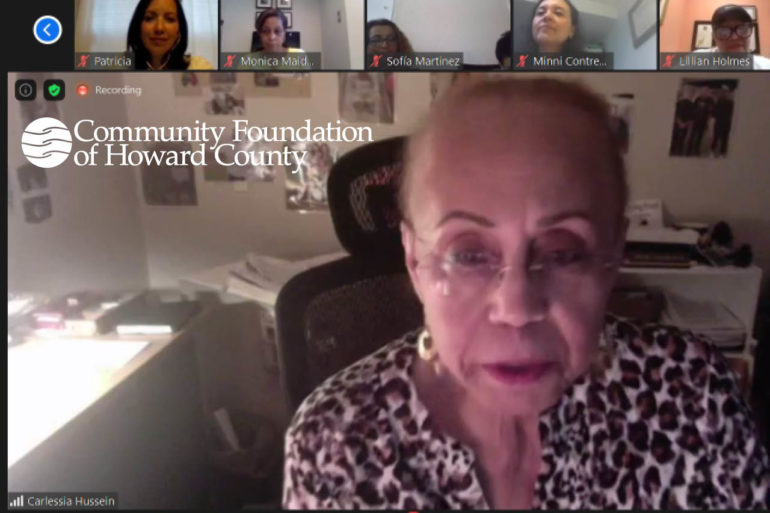 Carlessia Hussein and the Community Foundation of Howard County (CFHoCo) announce the 56 recipients of the 2021 Carlessia Hussein Minority Scholarships. A total of $14,000 will be distributed on behalf of the selected recipients.

Carlessia Hussein Minority Scholarships are dedicated for African American, Latino or Native American males who are enrolled in a Howard County public middle schools. The funds cover tuition and related expenses associated with participating in “qualified programs” that provide opportunities to gain knowledge, skills and unique experiences to enable them to successfully complete school and become life-long leaders in their community. There is up to $25,000 available, approximately $350 per week of camp per applicant.

Dr. Hussein started her career as a nurse and two decades later earned her doctorate in public health from the University of California, Berkeley. Throughout her career she made a significant impact on population health at the local and state levels. Interlaced in her more than 50‐year career, has been a commitment to the health of minority, underrepresented and underserved populations.

Dr. Hussein believes, by virtue of circumstances beyond their control, that some children need additional help to reach their full potential. She strongly believes that by reaching out to one child at a time you can affect the lives of many people. Through this scholarship Dr. Hussein is able to offer that much needed support to children in their more formative years to ensure they are “on the right track.” To that end, this scholarship provides children access to programs that encourage leadership, academic achievement, character development, expand problem‐solving skills and engender a sense of community.

For more information, review the guidelines. A list of qualified programs can be found here. Students that have previously received this scholarship, and continue to meet eligibility criteria are encouraged to apply again. This scholarship is Dr. Hussein’s way of “passing it on.”