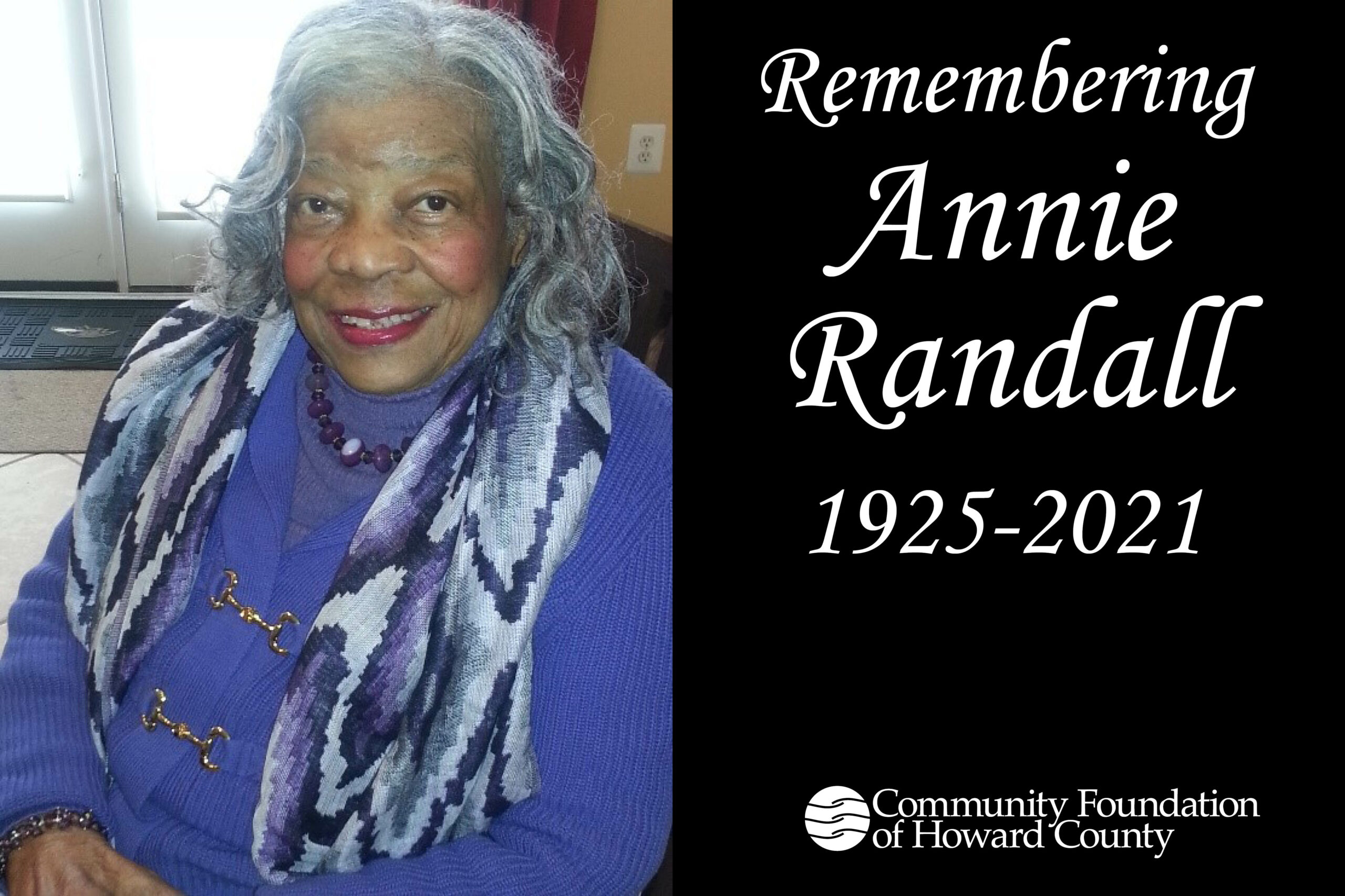 The Annie T. Randall Memorial Fund is named after a pathbreaking and amazingly gracious woman.  Annie Mae Turner Randall entered this world on January 22, 1925, in Greenwood, South Carolina, and transitioned on August 16, 2021. Her life was committed to creating opportunities for others. She always had a smile, word of encouragement and a story.

In the spirit of her accomplishments and generous spirit, the Annie T. Randall Memorial Fund has been established to support programs that connect historically under-represented minority statisticians and students to expose them to and educate them about opportunities in the statistical sciences. The Memorial Fund will serve as a pipeline to workshops, academic awards, and other programming initiatives to provide mentorship, networking, and scholarship funding to increase the number of under-represented minorities in undergraduate, graduate, and doctoral institutions, as well as the statistics workforce.

Please DONATE to sustain Mrs. Randall’s trailblazing legacy for generations to come. If we raise $10,000, we will be able to endow a fund, meaning her legacy will keep giving for years to come.

A trailblazer in her own right, Mrs. Randall was a mathematical statistician at the National Institutes of Health’s (NIH) National Institute of Mental Health (NIMH). Her work on the book, “Human Aging” is still referenced today.  Mrs. Randall received several letters of commendation from many sources, including the University of Pennsylvania and the National Academy of Sciences. Also in recognition of Mrs. Randall’s pioneering statistical work, she was the featured keynote speaker in the “Hidden Figures” session for Howard County Library’s Living History series in 2017.

Born to the late Joel Turner and Sarah (Chin) Turner, Annie Mae dropped the “Mae” and became “Ann” when she entered the workforce with the U.S. Federal government. Growing up in a segregated Washington, DC (what is now Capitol Hill), Ann met friends for life on “Third and G Streets, Northeast”. She attended public schools and earned all A’s, even skipping the eighth grade. She graduated from Dunbar High School and took undergraduate and graduate classes at American University and US Department of Agriculture.

One of Ann’s highest recognitions came in the form of an academic award that bears her name.  The Annie T. Randall Innovator Award was established in 2020 by the Biometrics Statistics Section of the American Statistical Association (AMSTAT) and is co-sponsored by the Mental Health Statistics Section to recognize early-career statistical innovators.

The award was presented on August 9, 2021, to inaugural recipient Dr. Loni Tabb, a biometric statistician and associate professor at Drexel University. As an African American female biometric statistician, Dr. Tabb honors the groundbreaking path that Ann blazed nearly 70 years ago in the 1950s amidst pervasive racism and discrimination. Ann, who was unable to participate in the August 9th award ceremony held virtually due to the COVID-19 pandemic, was proud to issue a congratulatory statement, which was read on her behalf by her daughters, Laura Crandon and Susan Shorters.