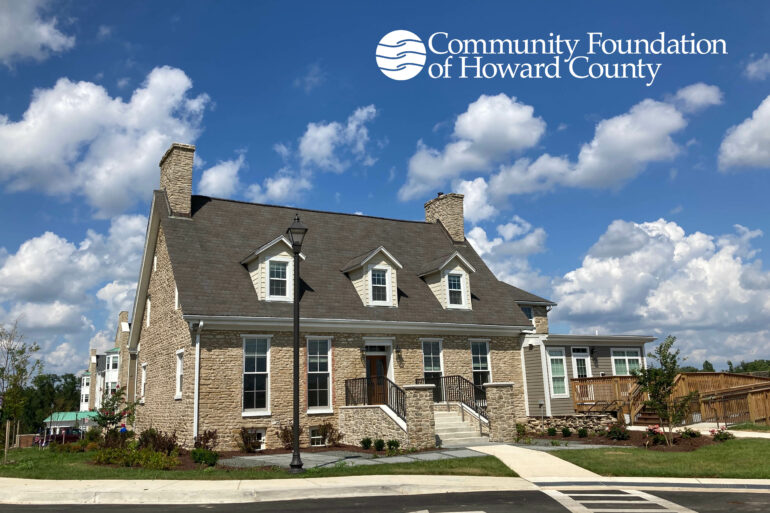 The next chapter of our story begins at the beautifully renovated and restored Athol Manor. As of August 30, 2021, the Apple Ford Center at Athol Manor is officially the home of the Community Foundation of Howard County.

One of the oldest residential properties in Howard County, Athol Manor was built from 1732 to 1740 as a clergy house and has been renovated into offices and public gathering space for the foundation. The land was granted to Rev. James MacGill, and MacGill named it “Athol” after his childhood home in Scotland.

“We’ve made one of the most significant moves the Community Foundation has done in its lifetime, making Athol Manor our new home,” White-Seals said. “We’ll be centered right in the middle of the Howard County community and better able to continue to thrive and support families for the next 50 years and beyond.”

Brightview Senior Living, our new next door neighbors on Martin Road, deserves a lot of credit. Brightview facilitated the donation of Athol Manor to CFHoCo and funded the building’s renovations.

Additionally, the team at Harkins Builders went above and beyond to not only modernize and bring the old manor house up to code, but painstakingly restore and refurbish original elements of the home. The results are breathtaking.

The move to historic Athol Manor provides Howard County businesses and residents a chance to leave a legacy through a number of naming opportunities inside and outside the property through our Next 50 Campaign.