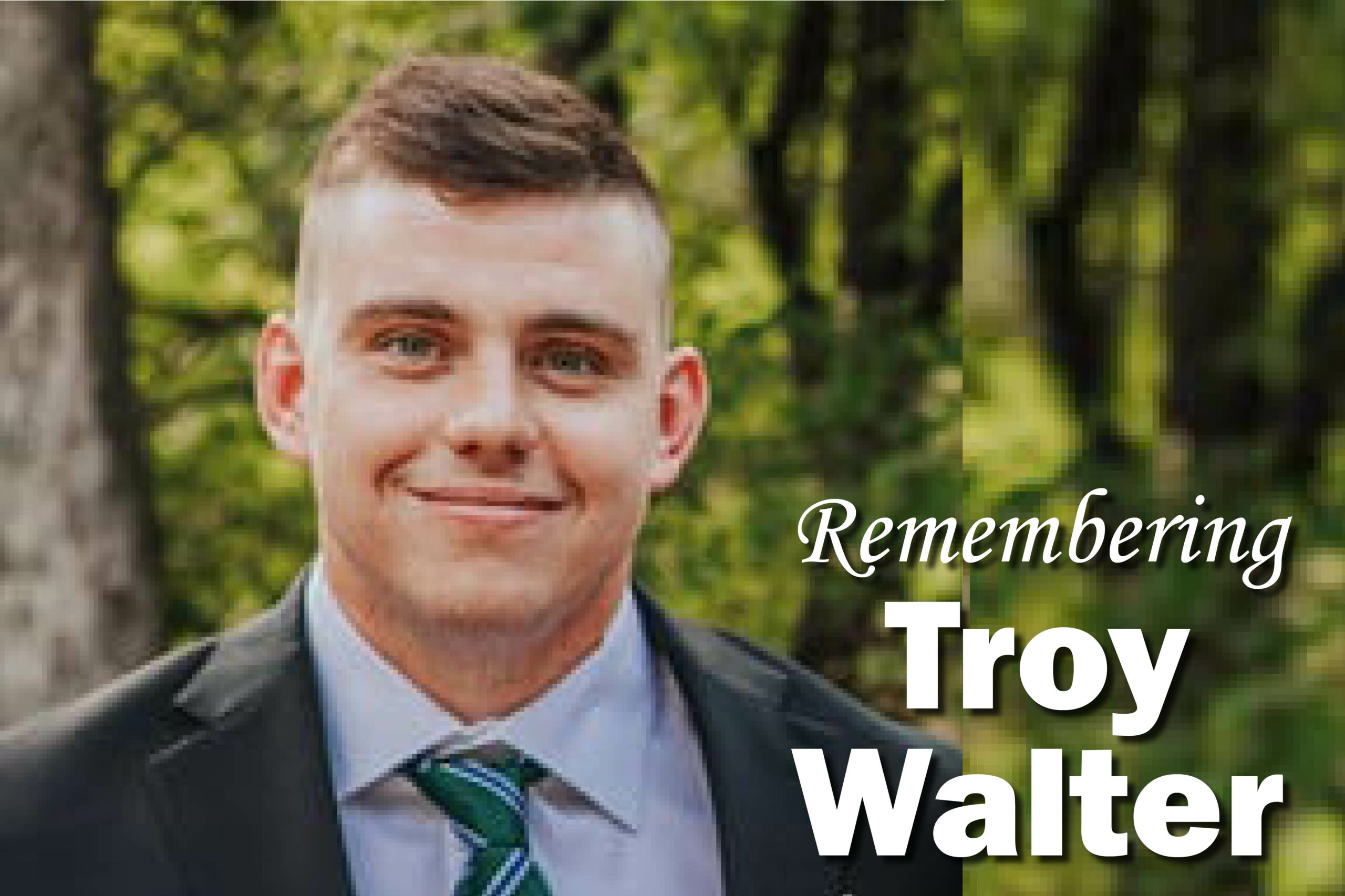 Troy David Walter of Sykesville Maryland, precious son of Joan & Brian Walter, passed away on September 17, 2022. Our sincere condolences go out to the Walter Family. Brian is a past member of the Community Foundation’s Board of Trustees.

Born in Annapolis, Maryland in 1996, Troy moved to western Howard County Maryland in 1999 where he lived, other than his time during college, until his passing.

Growing up, Troy played numerous sports including baseball, basketball, and soccer and also played a variety of brass instruments in the band.  In middle school Troy discovered wrestling through the Warhawks wrestling program where he competed for two seasons and met his coach, and eventual mentor and best friend Dan Ricker who had a profound impact on his life.  Troy graduated from Glenelg High School in 2014.  While at Glenelg, Troy was a member of the highly esteemed band and jazz band as well as the highly successful wrestling team, where he accumulated 77 wins over three varsity seasons, serving as a team captain his senior year.

After graduating from high school, Troy spent a year at Howard Community College before enrolling at Shippensburg University graduating with a degree in Exercise Science with a minor in Biology in 2020.  While at Shippensburg, Troy was a member of the rugby team where he earned all conference honors and served as Team Captain his senior season.

Troy met the love of his life, Cara Watkins in 2017 and since then these two extraordinary people were inseparable, sharing many special moments experiencing life together.

To know Troy was to love him.  While quiet, those who took just a bit of time to get to know him soon found that he was one of the most intelligent, loving, generous, and interesting people that they had ever met, filled with skills, insights, and observations from an extraordinarily diverse set of interests and hobbies, including exercise and weightlifting, gardening, cooking, music, and carpentry, but above all else fishing.

Being outdoors on a trout stream with a fly rod in his hands was Troy’s happy place.  There are unconfirmed rumors that more time was spent on a trout stream than in the classroom while he was at Shippensburg.  Troy was extraordinarily skilled at all aspects of the sport and he spent many hours tying his own flies.  Troy was always seeking out new fishing opportunities and challenges, with some of his most recent journeys taking him to Erie, Pennsylvania where he broke through ice to catch steelhead and to Maine where he landed lake trout and salmon.  He also recently perfected crabbing on Maryland’s Eastern Shore, crafting a 600 foot trot line and getting up early in the morning to set and work the line, almost always returning later in the day with a catch to be enjoyed by family and friends.

Troy was loyal in all aspects of his life, among other ways as evidenced by his commitment to the Washington Redskins from a very early age.  Sunday afternoons spent watching the Redskins with him are among his family’s favorite memories.

Troy was extraordinarily observant, especially outdoors, often sighting and identifying wildlife that others didn’t even notice.  Troy possessed an understated and witty sense of humor and he would often catch others off guard with a comment and bring a smile to their face.  While extremely intelligent, the biggest driver of Troy’s success was his work ethic.  Twelve hour work days were not uncommon, which were often followed by a workout of one to two hours.  Thoughtful and generous, Troy was always willing to help out and was known for the thoughtfulness of the gifts he gave.

In addition to his parents, Troy is survived by his brother and sister in law, Nolan Walter & Maia Parker of Parkton, Maryland, his sister and brother in law, Faith Walter Prettyman & Brian Prettyman of Chester, Maryland, the love of his life, Cara Watkins of Westminster, Maryland, his grandparents David & Helen Walter of Mechanicsburg, Pennsylvania, his grandfather, Robert Zinn of Harrisburg, Pennsylvania and numerous aunts, uncles, cousins, and other family members all of whom loved him dearly.  Troy was predeceased by his grandmother, Mary Patricia Zinn.

While Troy’s family and friends will miss him deeply, they take comfort in knowing that he will remain in their hearts and memories and that his impact on their lives will last forever.

In lieu of flowers the family requests donations be made to either National Alliance on Mental Illness Howard County (namihowardcounty.org) or Trout Unlimited (tu.org).

Arrangements are as follows:

Viewing will be held at Haight Funeral Home and Chapel, 6416 Sykesville Road, Sykesville, Maryland from 9:00am to 11:00am Friday, September 23rd.

All are welcome to attend any and all events.