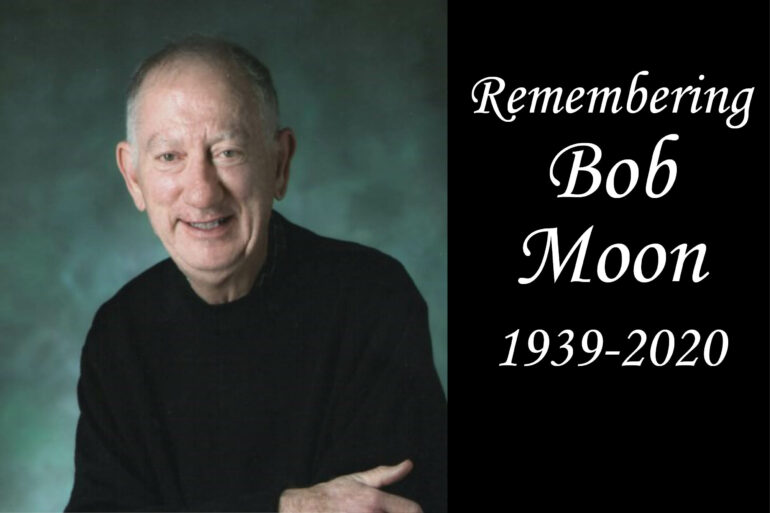 It is with heavy hearts that we share the news of the passing of longtime Columbia resident and supporter of the Community Foundation of Howard County, Robert J. Moon. Mr. Moon, 81, died Nov. 18, 2020, of complications from pneumonia.

Bob was born in Cherryvale, KS, on July 7, 1939, and spent his formative years in Blackwell, OK. The first in his family to attend college, Bob studied architecture at Oklahoma State University where he met his wife, Jean F. Moon.

Jean is a former Board Chair of the Community Foundation of Howard County and a member of our Leadership Council. She has been a mainstay behind the scenes in Howard County for decades.

In 1971, Bob was offered a job at The Rouse Company, and his family moved to Columbia, MD. He worked on commercial retail and office development projects before taking a position in 1973 with the Pennsylvania Avenue Development Corporation where he designed a major housing complex. Bob then opened his own firm, Robert Moon Architects, Inc., in 1981 and had offices in the Columbia Flier Building which he designed to house Patuxent Publishing where his wife was general manager.

In 1993, after five years of declining health, he received a heart transplant but continued to design buildings and became an expert at residential renovation projects for family members and friends.

Bob spent his last days at Howard County General Hospital combating pneumonia and moved to Gilchrist the day before he died. Among his final words were, “I lived a happy life.” In addition to his wife Jean of 55 years, Bob is survived by daughter Elizabeth M. Singleton (Timothy N. Singleton) of Columbia, son Michael F. Moon (Courtney S. Moon) of Columbia, and five grandchildren.

The family of Bob Moon is holding a virtual celebration of his life on Saturday, Nov. 28, at 2 p.m. Register to attend here.