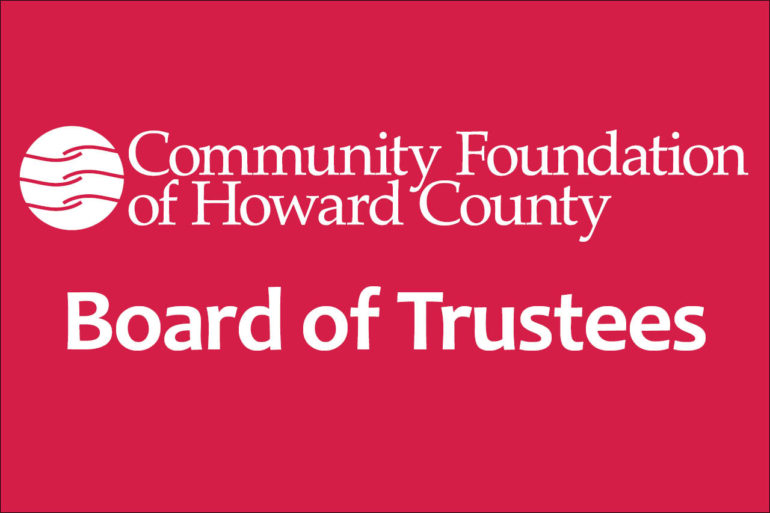 The Community Foundation of Howard County, which raises, manages and distributes funds to support nonprofit organizations in Howard County, named Steven D. Sass chair of the board of trustees. Sass works as a bankruptcy attorney and trustee in commercial bankruptcy cases, having previously spent more than 20 years at Dun & Bradstreet subsidiaries and successor entities. In addition to being admitted to practice law in Maryland, Sass has an M.B.A. in management along with an accounting background.

“We’re so pleased to have Steve’s experienced leadership at the helm of our board of trustees,” stated Beverly White-Seals, president and CEO of the community foundation. “Steve is very dedicated to maintaining and enhancing the quality of life our community is known for, and he has been a constant booster of the Howard County nonprofit community.”

Sass was elevated from his position as vice chair, upon the recent departure of the prior chairperson. Hima Jain, a community advocate and retired tech executive, will serve as secretary, and Tim Ward, certified public accountant and director of KatzAbosch, will serve as treasurer.

In addition, the foundation has voted in one new board member, Marcy Leonard. Leonard is the principal at Wilde Lake High School in Columbia since 2020. Prior to Wilde Lake, she was the community superintendent for Howard County Public School System for three years. She has also served as principal at Atholton (2005-2010) and Hammond (2010-2017). She earned a bachelor’s in history from Haverford College, a master’s in education from Wake Forest University, and a Ph.D. at the University of Maryland College Park. Now in her second stint on the CFHoCo board, she also serves on the OhanaHC board of directors.